Office space development with a twist.

With a wealth of experience in property management and knowledge of the local area our team is always on hand to provide first rate assistance to our tenants.

With over 15 years in rejuvenating dilapidated buildings to high grade offices and mixed use spaces.

All our offices are fitted to a high specification in safe and secure environments to do business. 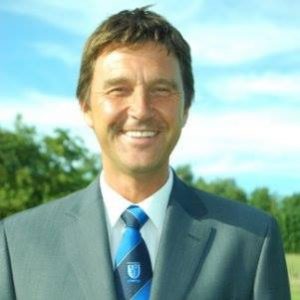 David is one of most passionate ambassadors for the great City of Sheffield. He has boundless energy and enthusiasm and always wants the best for the City and its communities.

SPACES Sheffield Ltd have a Commercial Property Portfolio in The EAST END of Sheffield Attercliffe and the Lower Don Valley is the Commercial/Industrial heartland of The City and is home to Hundreds of businesses. It is quite simply the District that Made Sheffield and SPACES recognised its renaissance was long overdue when we began a campaign for Regeneration following the success of the SDC and Meadowhall. The LDV now offers World Class Sport and Leisure facilities. The Infrastructure is second to none and with the opening of the OASIS Academy and University Training College on the Olympic Legacy Park the opportunity is here to create Housing Estates and an Urban Village Centre. The Attercliffe Action Project offers the opportunity for people to Live and Work in 21st Century surroundings. It is incredibly exciting and SPACES are proud to be part of this amazing transformation that is happening before our eyes.

David Slater – Owner and Managing Director of SPACES Sheffield
David has owned SPACES Sheffield since 1999.
After studying Urban Regeneration Msc at Sheffield Hallam University David was eager to make an impression in his home city.

David’s Vision led to the creation of St Vincent’s – Sheffield S3
David started a campaign to create a residential district in a rundown inner city area close to Sheffield University . After anticipating the growth of The Universities in Sheffield David knew that he was a stakeholder in a district where residential development could flourish. After 18 months of negotiation with Sheffield City Council Planners David was able to convince the authorities to amend the Unitary Development Plan (UDP). This would allow residential and mix use development in an area previously designated for Industrial manufacturing. David met with huge resistance but his perseverance paid off. Working with Architect Tony Carroll and colleague Bob Asquith An initial concept to create a refurbishment and new build on an upper Allen St sight The Old Stephenson Blake building was presented.The completed project has become the catalyst for over £100 million transformation and the creation of the St Vincent’s District. Today the area has been totally transformed and the final pieces of David’s vision are being completed. No statue or Blue Plaque just yet but David is rightly proud of the work he and colleagues completed in St Vincent’s against the Odds.

By 2004 Spaces Sheffield had begun investing in The lower Don Valley and have become key Stakeholders in The Attercliffe District. David is a member of the Attercliffe Action Group and has been involved on The LEP Leisure and tourism Panel as well as being a member of the Sheffield City Council Business advisory Panel and a past Chairman of the Chamber of Commerce Regeneration group SPARC. He has steadfastly continued the campaign for the renaissance of Attercliffe and the LDV. If it is going on in the Lower Don Valley then David and Bob have the information at hand and SPACES have been an integral part of the plan to regenerate the district. There are over 40 acres of designated Housing development sites and the Olympic Legacy Park Championed by Richard Caborn will be a World Class Health and Wellbeing destination. The area that MADE Sheffield WILL MAKE IT BACK!!!

Recent visits to Sheffield by World Renowned speakers from Pittsburgh USA and Frieburg Germany have urged the SCC to develop land in Brownfield sites and on Tram Routes. David Slater has been championing these suggestions for years. Attercliffe and the Lower Don Valley is the place where it can all happen.

Call us today for Office Space in Sheffield